What is a frenectomy procedure

Alcohol, as well as drug abuse, are extremely upright in many societies across the globe.  It needs immediate attention...
Read more

5 Reasons you should stretch every morning We think it’s safe to assume you’d take any excuse to delay getting...
Read more 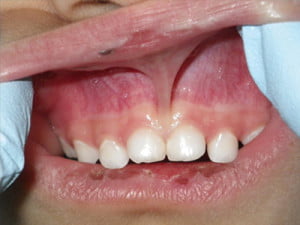 5 signs to know that your need a frenectomy procedure

So you have been told that you need a frenectomy and you are certainly worried about it. Maybe a loved one requires it, and you are the support system which needs to make sure that the individual is comforted before such a procedure. If truth be told though it is a scary sounding term, the procedure is quite a simple one! Tongue tie frenectomy dental solutions will increase the quality of life and it necessary when you have the following signs!

So let us learn about the signs which will tell you that a frenectomy is required. But before that,

What is Frenectomy exactly?

There is a lingual frenulum inside your mouth which secures the tongue to the base of the mouth during the resting position. There are two additional frenula as well which secures the lower and the upper lip to their respective jaws. When a frenulum is too tight, it causes motility problems of the mouth and associated areas. A frenectomy is a simple out-patient procedure where the frenulum is severed to allow for better movement. The procedure has a very high rate of success.

So when do I require frenectomy? Let us read on!

Are you experiencing difficulty while eating?

A tight lingual frenulum is well and truly the case of being “tongue-tied.” It can lead to difficulty in swallowing both food and water. This problem can be observed even in the new-born as well as adults. It is recommended to schedule a frenectomy even before discharge in case of a newborn to weed out a problem that won’t go away all by itself.

In case of speech impediments

The tongue plays the most vital role when it comes to making a speech. It is a vital organ, and the problem of being tongue-tied can lead to severe speech impediments. Are you suffering from any lisping problems or abnormal speech patterns? You might be suffering from a tight lingual frenulum and in dire need of a frenectomy.

Breathing with an open mouth

Open mouth posture while breathing is a direct result of the upper labial frenulum being too tight. This causes the mouth to remain closed and leads to improper breathing through the mouth. The more one breathes through the mouth the less the habit of nose breathing develops. Mouth breathing can also result in the development of a gum line recession. Make sure you or your loved one isn’t suffering from an open mouth breathing problem due to a defective frenulum.

Presence of gap between the upper two front teeth

It is an aesthetic problem as breathing through the mouth caused by defective frenulum can often lead to the formation of a gap between the upper two front teeth. This will require frenectomy as well as corrective dental therapy. We recommend professional care in case of complicated problems.

In case you are suffering from a defect of the labial frenulum, and if both of the frenula are closer to the edge of the gum tissue, it might lead to a severe gum line recession problem.

You must remember that none of these problems will go away by itself. So you must go for a frenectomy to have a better quality of life. It is a straightforward procedure with minimal invasion. So buck up and get down to it!

Alcohol, as well as drug abuse, are extremely upright in many societies across the globe.  It needs immediate attention...
Read more
Home remedies

Alcohol, as well as drug abuse, are extremely upright in many societies across the globe.  It needs immediate attention and has to be thoroughly...
Read more

5 Reasons you should stretch every morning We think it’s safe to assume you’d take any excuse to delay getting out of bed in the...
Read more