3 Tips For Buying a New Home

Everything you must be aware of Cannabidiol(CBD) powder

What are stomach ulcers?

Ulcers are technically speaking any sort of sore that is exposed. But mostly when one talks of an ulcer they are referring to a peptic ulcer, which is a hole in the lining of the stomach. See our other chapter on canker sores for mouth ulcers. 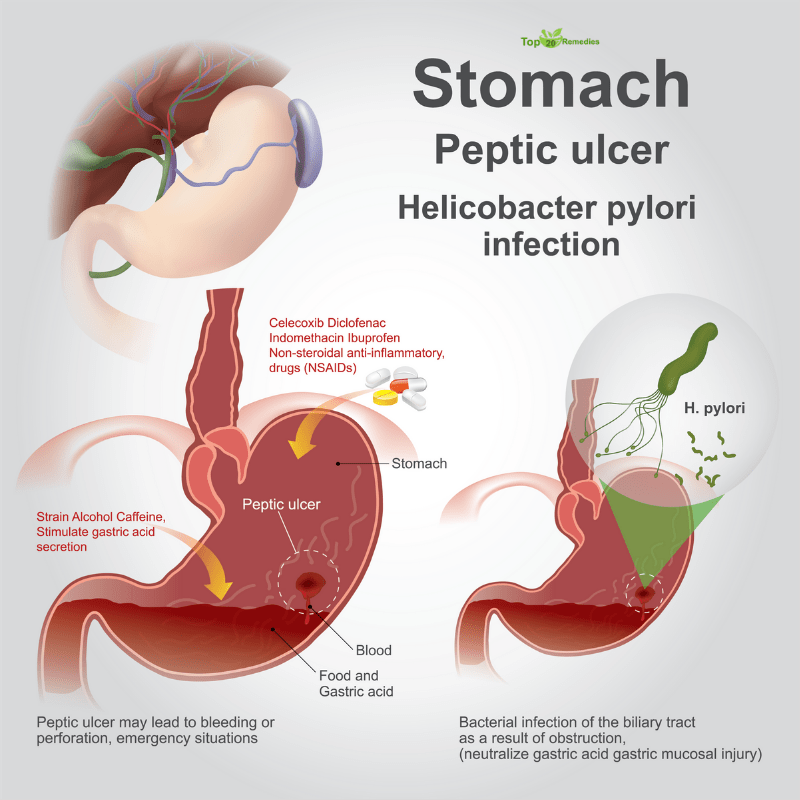 Also known as stomach ulcers the peptic ulcer causes considerable pain and discomfort and can often also cause bleeding internally. This is known as stomach wall perforation. The causes of these ulcers are generally attributed to an H. Pylori bacteria infection. Although there are certain foods and other remedies you can try to help cure an ulcer it is highly recommended that you see your doctor if you suspect you have a peptic ulcer.

Check with the doctor if you suffer from the diabetic ulcer

There are two major causes of stomach ulcers.

Cause of leg ulcer

People may get this symptom

Consult your physician if your stomach ulcer does not go even after natural treatment and fruit diet.
if your symptoms are from the following list then you need urgent medical attention

Medical research suggested that flavonoids, called bioflavonoids, can be an effective
treatment for stomach ulcers.

Flavonoids are found in many vegetables and fruits. The following are the list.

Above listed foods can fight against H.Pylori bacteria. Flavonoids are referred to as
” Gastroprotective” means they defend the lining of the stomach and help the ulcer to heal naturally.

Probiotics are the living bacteria and yeast that give crucial and healthy micro
organisms to the digestive tract. they are present in common foods, mostly in fermented foods

People can also take probiotic supplements after consulting a doctor.
Medical Study suggested that probiotics can help to clear out H.Pylori and increasing recovery rate, for people with stomach ulcer if taken regularly,

Using ibuprofen and other OTC medications like aspirin too often irritate the stomach lining and are very often the cause of your peptic ulcer. Go easy on such medicines. This is one of the leading causes of peptic ulcers today.

Aloe Vera juice is a great stomach ulcer tonic. It soothes the stomach and effectively inhibits the production of acid.

A medical study has suggested that cranberry fruit helps to lower down the urinary tract
infections by preventing bacteria from settling on the walls of the bladder.
cranberry extract and cranberry can also fight H.Pylori.

How to take it?

You can eat cranberries, Drink its juice or take its supplements,

Take it as normal diet drinking or eating too much may cause stomach discomfort due to its high sugar content, prefer to start with a low amount. avoid packed and processed cranberry juice those are mixed with the hight amount of sugar which is not good for health always go for an organic one.

Mixing grated ginger or ginger powder with honey and consuming a big spoonful of it every morning is an excellent remedy for a peptic ulcer.

Another effective peptic ulcer remedy is olive oil. Drink half an oz of olive oil 30 minutes

before eating a meal. The oil has special properties that can prevent fatty deposits from developing in the blood vessels of the stomach lining which are known to aid the development of an ulcer.

to cure a stomach ulcer. Drinking this solution regularly will help repair the ulcer and also ease the pain associated with urination which often accompanies an ulcer.

Mix a couple of spoonfuls of honey with some warm water and consume. This will give some

relief to the pain from a peptic ulcer. This honey water is also an effective remedy for mouth ulcers and will even help protect tooth enamel.

Curing a peptic ulcer using nutmeg is very possible. Roast sliced nutmeg in the oven and eat them with ghee. Nutmeg is also an effective remedy for loose bowel motions and other tummy upsets which can be associated with an ulcer.

Mastic is the sap of tree found in the Mediterranean. Few medical studies suggest that chewing mastic gum can help defend against H.pylori. to get rid of bacteria this research shown effective 3 out of 10 people.

Eating raw coconut slices are excellent for treating a stomach ulcer and also mouth ulcers  Coconuts have healing properties which work very well against ulcers of any kind.

foods to avoid with a stomach ulcer

Spicy and hot foods will only irritate and upset a peptic ulcer.  Eating such foods is also very painful for those suffering from an ulcer.

To reduce stomach and acid reflux pain, you should limit or avoid certain foods.

Eating foods or drinking 2 hours before the bed may also worsen acid reflux. Keep checking which food or drink brings trouble in your stomach and stop it once you find out.

If alcohol has taken more than one drink per day for women and more than two drink for men
is said to be excessive drinking. regular alcohol uses causes significant stomach inflammation. if you take a couple of drinks after work then you should find an alternative way otherwise your stomach ulcer is not going to heal naturally.

An essential piece of furniture in our living room is undoubtedly the coffee table, as it is a basic...
Home & Improvement

3 Tips For Buying a New Home

Everything you must be aware of Cannabidiol(CBD) powder

7 Family-Friendly Recipes your kids will love