5 Medical Conditions Which Can Be Treated With CBD Oil

I’ve been getting quite a few questions from readers of my blog about how to remove a skin tag....
Read more

Essentials things to carry in coronavirus

SAFE NOW: 6 Essentials that this COVID-19 Pandemic Has Made You Always Carry in Your Bag Will you ever be...
Read more

Alcohol, as well as drug abuse, are extremely upright in many societies across the globe.  It needs immediate attention...
Read more

Shahbaz Ahmed
I am a medical student. I love to write different articles and share with the world.I have published many articles on different websites such as dentaltown, bmmagazine etc 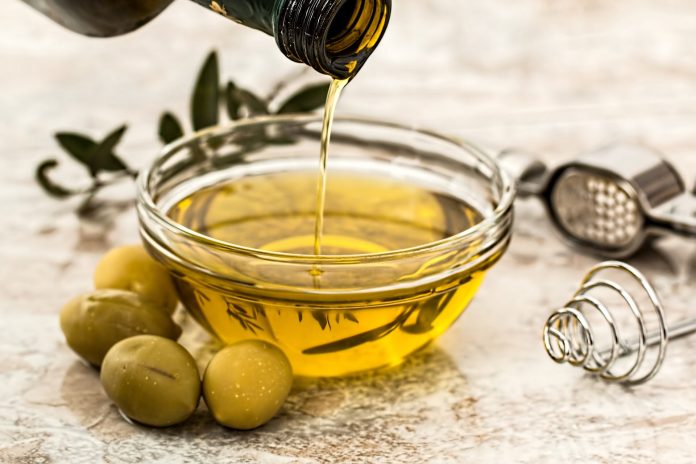 Although medical marijuana has not yet been legalised to some states, a product derived from the plant is now climbing to popularity for its substantial health benefits. The widely-used natural remedy is called Cannabidiol or more commonly known as CBD oil.

CBD oil is a compound extracted from the hemp plant. Despite its incredibly rising trend in the market, many remain skeptical on the benefits one could get from using cannabidiol and misconceptions are now in the surge. A handful of research has now been made to clear the confusion and prove its amazing therapeutic uses.

Cannabidiol (CBD) and Tetrahydrocannabinol (THC)  are two of the most powerful compound that can be derived from the cannabis plant. Even though both are believed useful for its medicinal purposes, unlike the latter, cannabinoid oil does not contain any psychoactive chemical substance that can largely affect the function of the brain. This simply means the CBD oil is not addictive and doesn’t have the power to give us the sensation of ‘high’.

So how does Cannabidiol or CBD oil is used medicinally?

For skin care and acne treatment, CBD oil is typically applied via a topical form such as through a lotion or cream. However, for medical purposes, CBD oil can be inhaled or ingested. An ample amount of drops under the tongue for a span of at least one minute will allow it to be directly absorbed by the blood vessels.

According to studies, CBD oil helps to stimulate the system in the human body known as the endocannabinoid system (ECS). Although our bodies have natural cannabinoids, external cannabinoid can still enter our system. It binds with the receptors in our brain cells responsible for regulating our movement, sleep, mood, and appetite. Cannabidiol’s ability to tap our endocannabinoid system somewhat makes it an effective cure for a variety of medical conditions and ailments.

In case you wonder what diseases can be possibly treated with CBD oil, here’s a list you can rely on:

Middle-aged and elderly people are usually the victim of Parkinson’s Disease. This medical condition impacts the nervous system at large. A person who suffers from this neurological disorder experience symptoms including muscular rigidity, tremor, slowness in movement, anxiety, sleeplessness and difficulty in walking. This disease can get even worse and develop into a more serious condition known as Parkinson’s Disease Dementia (PDD). Based on the data of Alzheimer’s Association, there is an estimated of 50 up to 80 % of Parkinson’s disease patients who progress to the development of PDD.

Although there are numerous medications said to alleviate the symptoms of PD and PDD, those are often perceived ineffective and typically packed with negative side effects. Based on clinical studies sponsored by Michael J. Fox Foundation (MJFF), cannabinoids have been found an effective antioxidant and anti-inflammatory substance that can protect brain cells thus helps delay disease progression and relieve the motor and non-motor symptoms of Parkinsons’s disease.

Diseases of our cardiovascular system are among the top causes of death in the world. According to the data of the British Heart Foundation, almost 160,000 each year are dying of heart and other cardiovascular diseases every year.

Cannabinoids have been discovered as a potent therapeutic agent that can help treat different health conditions including the diseases of the cardiovascular. This is mainly due to its anti-inflammatory mechanism and ability to regulate blood pressure. Many studies have claimed that the use of CBD helps reduce the tension of the blood vessel walls and the response of blood pressure towards stress. Myocarditis, Ischaemia, Arrhythmia,  and Stroke are few of the cardiovascular diseases which can be cured by CBD.

Based on the article published by the British Journal of Pharmacology, the medicinal application of the Cannabinoids particularly its effects to the Cardiovascular System can be traced in the 1960s.

Obesity is one of the most common health problems around the world. Suffering from this medical condition increases one’s risk to develop various diseases including cancer, liver disease, and cardiovascular disorder.

Numerous studies have claimed that CBD oil can help regulate blood sugar levels and control the appetite. This is what makes the cannabis-derived product an effective aid for maintaining a healthy weight. The natural remedy has been proven helpful in the enhancement of the breakdown and oxidation of fat in the human body. In fact, a study published in the Molecular and Cellular Biochemistry states that CBD can help induce fat browning thus boost the body’s glucose tolerance which is essential in the prevention of diabetes and other blood lipid abnormalities. However, not everyone is advised to take the same dosage since each person’s condition may vary from one another. If you are suffering from abnormal weight gain and thinking of using CBD oil, then we advise you to seek first any professional help to have a proper prescription of the right dosage you should take.

According to the World Health Organisation (WHO), there are around 300 million people around the world of all ages who suffer from depression – a mental disorder which affects one’s feeling, cognitive, and behaviour. Severe cases of depression usually lead to committing suicide.

Although CBD is not capable to totally cure this mental illness, research studies have found that the cannabis extract can help alleviate its symptoms. Depression is caused by the problem in the region of the brain known as the hippocampus – the one responsible for the processing of memory and emotions. Studies claimed that CBD can successfully aid in the neural regeneration or the process of growing new neurons, thus, helping the brain recover from depression. Its anti-inflammatory substance also helps treat the imbalances in the human body.

Have you been struggling from sleep problem? Instead of turning to sleeping pills which may have various harmful side effects, CBD oil is more safe and effective for the treatment of sleep disorder. You can find a number of medical research which proves the health benefits of cannabinoids in relieving symptoms of insomnia. Unlike sedative drugs, CBD oil does not get you to feel sleepy but fight the main and underlying cause of the sleeping disorder.

Read more at Business to Mark.

I’ve been getting quite a few questions from readers of my blog about how to remove a skin tag....
Read more
Home remedies

I’ve been getting quite a few questions from readers of my blog about how to remove a skin tag. So today I want to...
Read more

Essentials things to carry in coronavirus

SAFE NOW: 6 Essentials that this COVID-19 Pandemic Has Made You Always Carry in Your Bag Will you ever be used to the new normal?...
Read more

Alcohol, as well as drug abuse, are extremely upright in many societies across the globe.  It needs immediate attention and has to be thoroughly...
Read more

5 Reasons you should stretch every morning We think it’s safe to assume you’d take any excuse to delay getting out of bed in the...
Read more