Recognising the Importance of Polarised Sunglasses 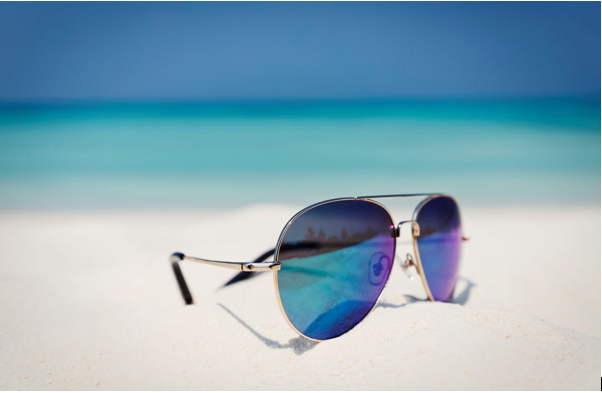 You might have seen sunglasses advertised with polarised lenses being sold at a premium and dismissed them because of the huge markup from other sunglasses you could buy. Even after trying them on, you might not notice a difference in the overall quality of the glasses.

Why spend hundreds on a pair of polarised sunglasses when you can buy a pair from a service station for $10, right? Polarised glasses are specialized eyewear designed to reduce glare from a variety of common surfaces, such as water, snow, and glass. Because of this, they can reduce eye strain, and in the long run, can prevent damage to your eyes. Read on to learn a bit more about why polarised glasses make a good investment.

Because glare distorts the true color of objects, it can make them much harder to distinguish – even if it isn’t the case. Polarised lenses work by using a laminated filter to block horizontally oriented light and only allow the passing through of vertically oriented light. Horizontal glare usually takes the form of horizontal surfaces such as bodies of water, bonnets of cars, and similar reflective land surfaces.

Cutting out this kind of reflectivity means that the vast majority of glare one would experience is cut out altogether. Eliminating this glare is so important because on a surface level the light source is irritating, but long-term exposure to this kind of harsh light can lead to eye damage.

This kind of damage will surely make you a regular sight at your local Melbourne eye specialists, so it pays to be wary! This is why polarised glasses are so important for regular driving, as even one unexpected instance of glare can harm more than your eyes! They’re also valuable in sports, as glare can create many situations that can quickly catch you off guard.

What to look for when buying polarised glasses

Not all polarized lenses are equal, however. Depending on the color and the material the lenses are made from, polarisation will vary. Usually, darker colors will help to bolster polarisation, so even if a pair of sunglasses with very lightly colored lenses advertised polarisation, it might be a better idea to go darker.

Common colors of polarised lenses are grey and brown, and these are the most recommended shades of the lens, but manufacturers also produce lighter colors such as green and yellow.

After you’ve found the right style of glasses for you that also retains a good amount of polarisation, you can expect improved visual comfort, improved contrast and visual clarity, significantly reduced eye strain, accurate perception of colors in the environment, reduced reflections from a wide variety of surfaces and eliminated glare. There are some cases where people have difficulty wearing polarised glasses, so in these cases, it is advisable to instead wear regular tinted glasses.

Get a pair of polarised sunglasses today

Finding a pair of polarised sunglasses is often just as simple as finding a nice pair of regular sunglasses, as many modern manufacturers will offer both kinds of lenses for consumers. Polarised are always the better choice, though, as they offer a host of assorted benefits that will help protect your eye health in the long run. Although there is a higher cost associated with these kinds of glasses, it’s well worth the investment.

Choosing the Right Name for your Business

How to promote your computer repair store in 2022?