Those with diabetes in their family or with diabetic friends might be more cautious than most when it comes...
Read more

Clinical applications of Machine learning in Radiology It is important to diagnose the patient correctly as the medical part of...
Read more 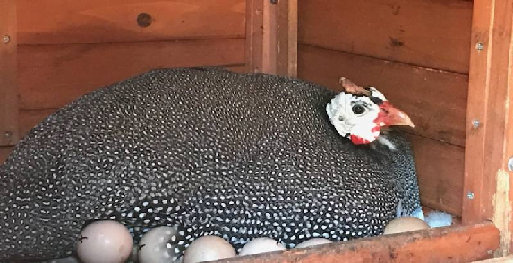 Guinea is not a chicken but good protein source who needs something more than the hen. Guinea fowl meat is often called “poor man’s pheasant” because it tastes similar to pheasant, at considerably less cost. And even though it sells for about half the price of pheasant, the guinea is still considered a luxury food. Young guinea is the most tender and flavorful of all. The best meat comes from 12-week-old keets weighing about two pounds. The giant guinea, a hybrid developed for the meat market, reaches twice that weight in the same amount of time. Butcher and dress a guinea as you would a chicken. Chill the meat quickly and store it (loosely covered) in the coldest part of the refrigerator for up to two days. If you then wish to freeze the bird to cook later, pack it tightly in plastic wrap and seal it in a plastic bag designed for freezer storage.

The meat will keep for six months in the freezer, and up to one week in the freezer compartment of the refrigerator. Guinea fowl is the most attractive poultry. Guinea fowl are hardy and low maintenance and are adept at foraging for their food. While they don’t lay continuously as chickens do, their nutritious eggs have a unique and delicate flavour.

This is a good source of protein and phosphorous. If you lack protein eat guinea which is a traditional source of protein. Fowl meat has high protein. Even if a farmer does not go for largescale farming, he can cull a bird or two in a week, which provides good nutritional value, adding that the bird has other advantages. It is a watchdog bird. It can be kept along with other poultry and it raises an alarm if a predator enters the coop. Moreover, it eats grass and parasites like mosquitoes, leeches and lice, keeping the environment clean.

Studies of the energy and protein requirements of the growing guinea-fowl.
It is concluded that for the growing guinea-fowl the diet should contain 12-6 MJ ME/kg, the protein concentration reducing from 24 to 26% in the period 0 to 4 weeks to 19 to 20% 4 to 8 weeks and to 16% or less in the period 8 to 12 weeks.
Guinea fowl eggshell quantitative proteomics yield new findings related to its unique structural characteristics and superior mechanical properties.

The Guinea fowl eggshell is a bioceramic material with the remarkable mechanical property of being twice as strong as the chicken eggshell. Both eggshells are composed of 95% calcite and 3.5% organic matrix, which control its structural organization. Chicken eggshell is made of columnar calcite crystals arranged vertically. In the Guinea fowl, the same structure is observed in its inner half, followed by a dramatic change in crystal size and orientation in the outer region. Guinea fowl eggshell is thicker than chicken eggshell. Both structure and shell thickness confer a superior resistance to breakage compared to eggshells of other bird species. To understand the underlying mechanisms controlling the structural organization of this highly resistant material, Research used quantitative proteomics to analyze the protein composition of the Guinea fowl eggshell organic matrix at key stages of the biomineralization process. The research identified 149 proteins.

It is also a rich source of vitamins, minerals, calcium, magnesium and iron. It is exotic meat that resembles in taste with the chicken meat, and its flavour is very pleasing. Guinea fowl are rich sources of protein and including it in the diet helps maintain the muscles as well as strengthen the lean muscles. Eating guinea fowl meat is a healthier choice as it has low cholesterol as well as low-fat content, and the fat content present in it is three times less than that present in beef. Even the eggs of guinea fowl are very tasty and consist of vitamins A, E, and D3 that are essential for good health.

Guinea fowl is considered a good source of protein. The yolk of guinea fowl contains a high proportion of sodium, potassium and iron. The whole Guinea fowl can be recommended for infants and children for proper growth and good bone development. Eggs have a lot of protein in them. Chemically, protein is composed of amino acids, which are organic compounds made of carbon, hydrogen, nitrogen, oxygen or sulfur. Amino acids are the building blocks of proteins, and proteins are the building blocks of muscle mass, When protein is broken down in the body it helps to fuel muscle mass, which helps metabolism.t also helps the immune system stay strong. It helps you stay full. A lot of research has shown that protein has a satiety effect. All food made from meat, poultry, seafood, beans and peas, eggs, processed soy products, nuts and seeds are considered part of the protein group. Most people eat enough food in this group, but they should select leaner and more varied selections. Guinea fowl is one of them

Guinea fowl is a food of complete or ideal protein for a long time, nutritionists thought that complementary proteins had to be eaten together to make a complete protein. But it is now understood that the foods don’t have to be eaten at the same time. As long as you eat a wide variety of foods, you can usually make complete proteins. Proteins are large molecules that our cells need to function properly. They consist of amino acids. The structure and function of our bodies depend on proteins. The regulation of the body’s cells, tissues, and organs cannot happen without them.
Muscles, skin, bones, and other parts of the human body contain significant amounts of protein, including enzymes, hormones, and antibodies.
Proteins also work as neurotransmitters. Haemoglobin, a carrier of oxygen in the blood, is a protein.
Proteins are long chains of amino acids that form the basis of all life. They are like machines that make all living things, whether viruses, bacteria, butterflies, jellyfish, plants, or human function.
The human body consists of around 100 trillion cells. Each cell has thousands of different proteins. Together, these cause each cell to do its job. The proteins are like tiny machines inside the cell. Protein consists of amino acids, and amino acids are the building blocks of protein. There are around 20 amino acids.
These 20 amino acids can be arranged in millions of different ways to create millions of different proteins, each with a specific function in the body. The structures differ according to the sequence in which the amino acids combine.
The 20 different amino acids that the body uses to synthesize proteins are Alanine, arginine, asparagine, aspartic acid, cysteine, glutamic acid, glutamine, glycine, histidine, isoleucine, leucine, lysine, methionine, phenylalanine, proline, serine, threonine, tryptophan, tyrosine, and valine.
Amino acids are organic molecules that consist of carbon, hydrogen, oxygen, nitrogen, and sometimes sulfur.

It is the amino acids that synthesize proteins and other important compounds in the human body, such as creatine, peptide hormones, and some neurotransmitters.
proteins play a role in nearly every biological process, and their functions vary widely.

The main functions of proteins in the body are to build, strengthen and repair or replace things, such as tissue.
They can be:

Most enzymes are proteins and are catalysts, which means they speed up chemical reactions. They are necessary for respiration in human cells, for example, or photosynthesis in plants.
Protein is one of the essential nutrients, or macronutrients, in the human diet, but not all the protein we eat converts into proteins in our body.
When people eat foods that contain amino acids, these amino acids make it possible for the body to create, or synthesize, proteins. If we do not consume some amino acids, we will not synthesize enough proteins for our bodies to function correctly.
There are also nine essential amino acids that the human body does not synthesize, so they must come from the diet.

Guinea hen’s popularity seems to be on the rise. They go by several names, but the most common are Guinea Fowl and Pet Speckled Hen. These peculiar looking birds are quite the talk of the town wherever they are seen. They are a strange-looking bird to be sure, once seen, never forgotten. They are dramatically different to chickens in personality and habits, however, if the owner is prepared they can make a wonderful bird.

o They are not for everyone, but if you think you might be interested keep reading to learn their history, how to care for them, egg-laying ability, expected temperament and much more. White-breasted – mainly found in West Africa. Due to habitat loss, it is considered a vulnerable bird according to the International Union for Conservation of Nature.
o Black – confined to central Africa.
o Vulturine – largest of the Guineas. Has a very striking appearance, can become quite tame. Needs large groups to thrive.
o Helmeted – most common ‘domesticated’ type. Has a central knob on the skull leading to the ‘helmet’ appearance.
o Plumed – little is known of this bird which is found mainly in central Africa.
o Crested – the most aggressive type; may chase people including their owners. Has a ‘curly mop’ on the head.
So choose guinea hen for the popularity of protein in the diet and get the maximum absorption of protein.

How to prevent recurrent infections

Recurrent infection: How it affects the immune system? The immune system is the defensive mechanism of your body. You need...
Read more
Home remedies

How to overcome social anxiety disorder SAD in children

How to reduce obesity naturally at home

What is obesity Obesity is influenced by a combination of factors, which usually results in consuming more calories than the body needs. These factors may...
Read more
Home remedies

Those with diabetes in their family or with diabetic friends might be more cautious than most when it comes to the development of diabetes....
Read more

Clinical applications of Machine learning in Radiology It is important to diagnose the patient correctly as the medical part of the treatment in medical science....
Read more

Food dehydrator. A new preservative technique for your food to stay healthy and fresh. Generally, a healthy diet is essential for a balanced condition of...
Read more